As the following account suggests this no ordinary course…

“Lower sixth World History students walked in the last footsteps of Charles I when they went on a visit to London. The trip began with a unique visit to The Palace of Westminster where we were the guest of John Montagu, Earl of Sandwich. Lord Sandwich spent his childhood living at Hinchingbrooke and is himself descended from a major Civil War figure, Edward Montagu. His Lordship and the Door Keeper of the House of Lords spent the morning showing us about the working palace including the main debating chambers and Westminster Hall where Charles I was tried for Treason and Cromwell was ‘crowned’ Lord Protector. This was followed by a private debate with Lord Sandwich in a government committee room on the Civil War and reform of the House of Lords.
The afternoon involved tracing the King’s footsteps from St. James’ Palace to the Banqueting House where he was exectued. It was here that the students got chance to see the Rubens ceiling depicting the ‘Apotheosis of James I’ – one of the finest depictions of divine monarchy that exists. From here, the Civil War trek continued via tube to St. Mary’s Church at Putney where Cromwell debated the future of England with the Levellers, and then onto the battlefield of Turnham Green where the King lost the opportunity to win the Civil War in 1642″. 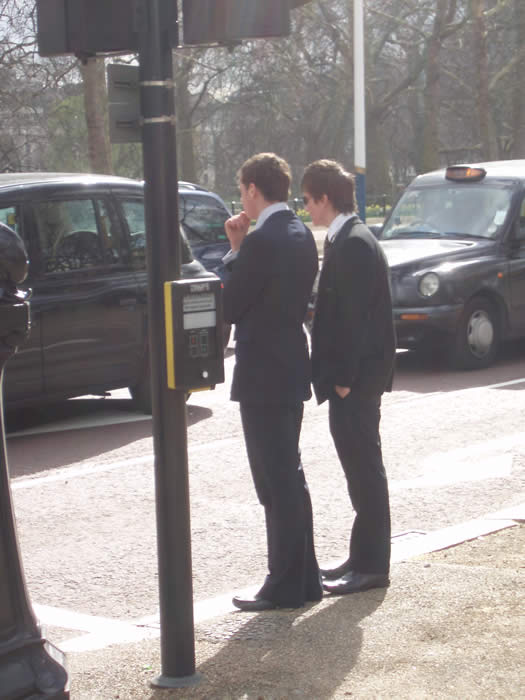 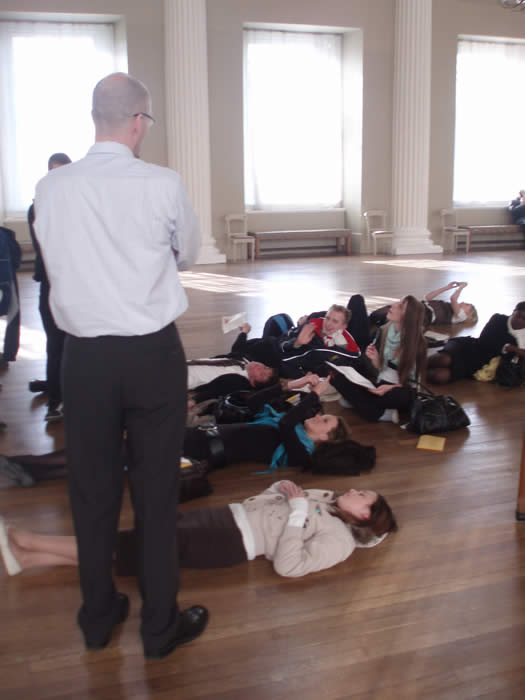 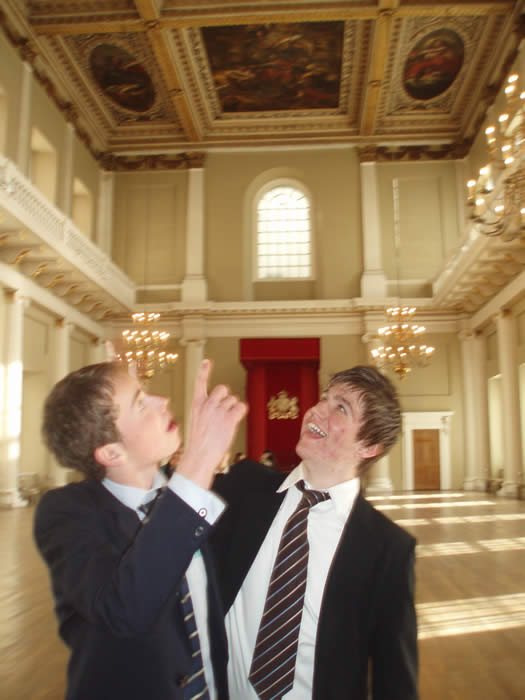 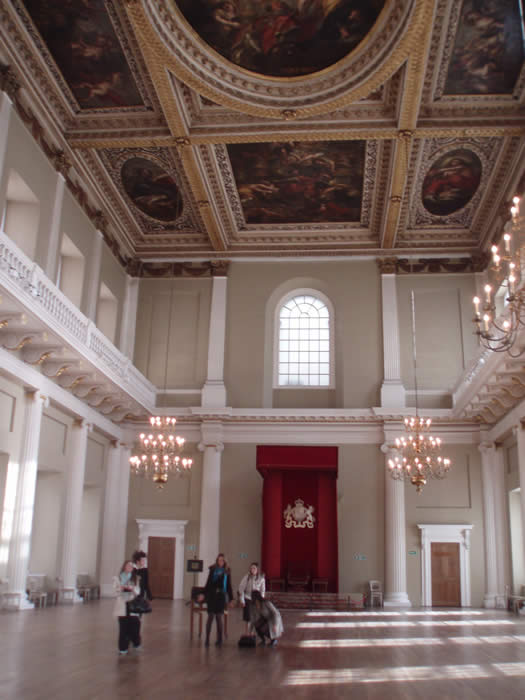 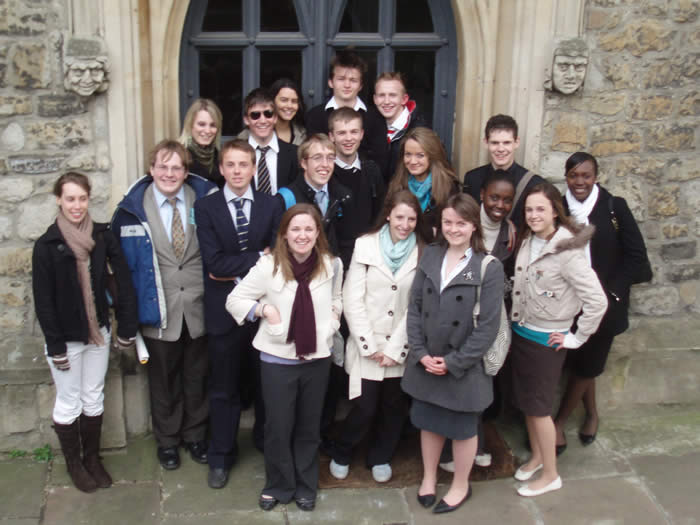 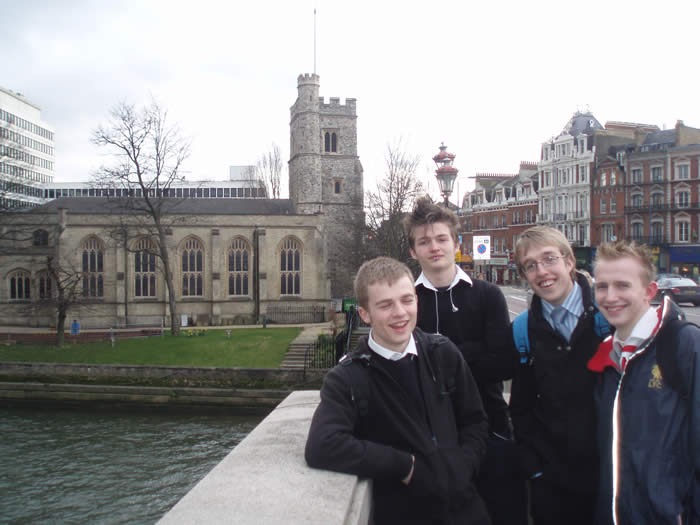