How has one major economic hub in the UK changed, including its significance to its region and the UK? 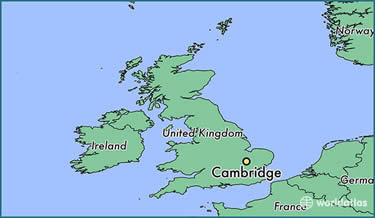 Cambridge is a major economic hub in the UK, located in south-east England. Good transport links and the University of Cambridge have helped the city develop into one of the fastest growing cities in the UK.

The hi-tech and biotechnology industries are central to the local economy which is why the area is often referred to as Silicon Fen. Cambridge technologies are leading the way in fields such as semiconductors, wireless technology, display technology, sensors, inkjet technology, mobile telecommunications and instrumentation. There are 20,000 registered companies generating £30bn revenues. 14 Cambridge companies have achieved a market capitalisation of more than $1bn and two of these more than $10bn each. Arm, which designed the chips that power more than 90 per cent of the world’s mobile phones, is worth $22bn, while Hewlett-Packard paid $11bn for Autonomy, the software maker. Most of the companies have grown out of the university that now counts 12 billionaires among its alumni, more than any other outside the US. Less well known, it was in Cambridge that Concorde’s “droop” nose was designed, the Clear Blue pregnancy test was devised, Bluetooth was put on a chip, Pipex became the first commercial internet and Wonderbra Ultimate Strapless bra was designed.

Cambridge is also home to world-leading research centres such as the MRC Laboratory for Molecular Biology, the Babraham Institute for immunology research, and the Wellcome Trust Sanger Institute for genomic research. From 2018, the new Papworth Hospital will open on the Biomedical Campus, uniting this internationally-recognised heart and lung treatment institution with other world-leading healthcare organisations. Tourism a significant industry too with more than four million tourists visiting each year.

Cambridge’s economy is set to grow by £170m by the end of 2017, making it the fastest growing city in the country. In a recent survey, Cambridge was identified as having one of the most resilient economies in the country. Cambridge workers are rated the most highly-skilled in the country and average earnings of £40,000-a-year are higher than elsewhere. Unemployment is a low 3 per cent and there are fewer people on Jobseeker’s Allowance than elsewhere in the UK. More than a quarter of the locals work in knowledge-intensive industries – double the national average. Nationally, it is one of the only UK cities to make an overall positive contribution to the UK Treasury.

To the north-west of the city, the University of Cambridge is working on a whopping £1bn development including new research facilities, 3,000 new homes, space for 2,000 post-graduate students, new schools and a nursery, shops and surgeries. Known as the North West Development, it’s the single biggest investment by any university in the UK. Together with another £1bn being pumped into the city by the Government for a new railway station, new houses and roads, more money is going into Cambridge than at any time since the Victorian age.

Cambridge has always been significant regionally as a market town but its national and global importance has peaked since the development of the Cambridge Cluster in the 1960s when the university saw what was happening in the laboratories and moved quickly to help academics commercialise their ideas and back their companies.  While Cambridge was already home to several well-established engineering firms, such as the Cambridge Scientific Instrument Company, the Pye Group, and Marshall of Cambridge, it was still viewed by many as a small country town in the centre of a very large natural green belt. However, with the establishment of Cambridge Science Park by Trinity College in 1970, the cluster began to grow rapidly. 39 new companies were formed between 1960 and 1969. In the 1970s, 137 were formed. By 1990, company formations had reached an average of two per week.