How has UK population changed since 2001?

By comparing population pyramids, the changing structure of the UK population can be seen:

The UK is in stage 4 of the Demographic Transition Model. 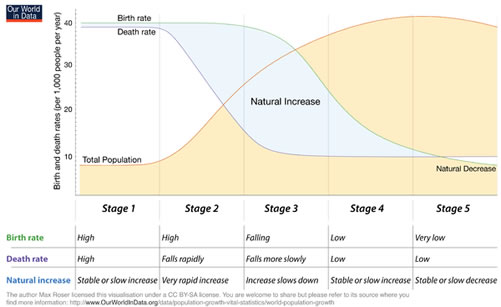