Where are global biomes located?

Global ecosystems are known as biomes. The dominant type of vegetation cover usually defines a biome. On a global scale, climate is the main factor which influences the distribution and characteristics of natural vegetation cover. This is because climate affects the growth conditions for vegetation: 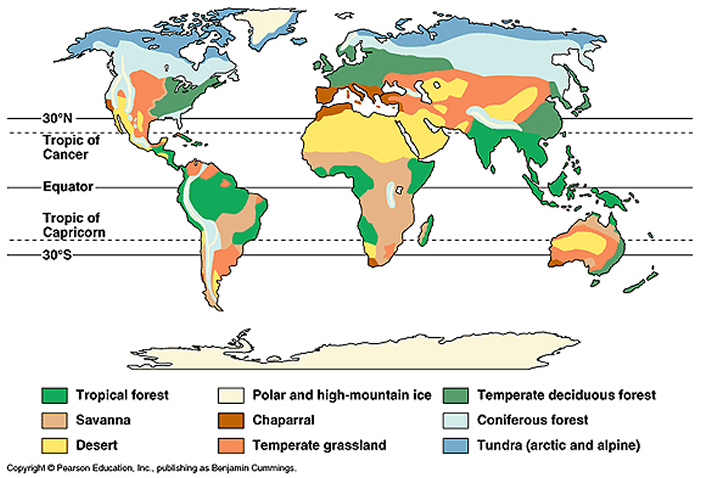