How can polar regions be managed sustainably on a global scale? 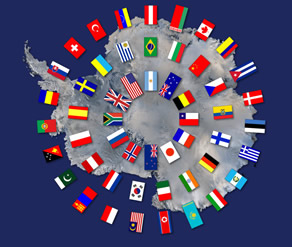 The Antarctic Treaty is an agreement orginally made by twelve countries in 1959 about how to sustainably manage Antarctica’s ecosystems. By 2016 53 countries had signed the agreement.

The Protocol for Environmental Protection came into force in 1998, outlines six basic principles for human activity:

There are also strict rules about the introduction of non-native species so ecosystems aren’t disturbed (e.g. visitors must wear disinfected overboots when they land and there are restrictions on eating, drinking and going to the toilet whilst ashore). The use of sledge dogs is no longer allowed (they were first used by the explorers, Amundsen and Shackleton, and scientists have used them since for companionship and to pull sledges). All dogs were removed from Antarctica by 1994 as it was thought they might spread disease to seals or attack native wildlife.

There are also globally agreed rules amongst tour operators – only 100 visitors are allowed to land at anyone time and cruise ships of over 500 passengers are prevented from stopping.

There have been no major problems with the treaty and some people think it should be extended to cover the ocean surrounding Antarctica so that there is more protection for marine life (e.g. whales and fish).