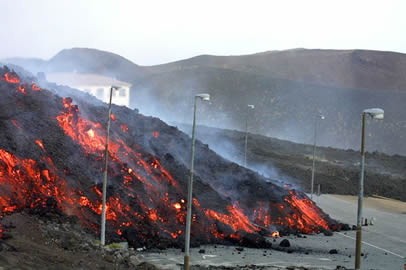 Mt Etna is on a destructive plate boundary. The African plate is being subducted underneath the Eurasian plate. Mt Etna is a strato-volcano formed by repeated volcanic eruptions that have built up layers of lava and ash to create a cone.