How does the global circulation system create climatic zones? 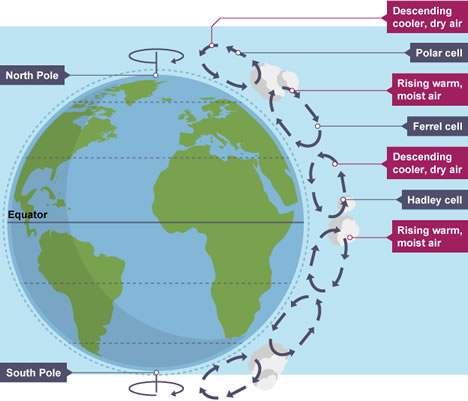 As the air rises it cools and is pushed out to 30° north and south of the Equator. The cool air then starts to sink creating high pressure at the Earth’s surface. As the air is warming up no moisture can cool or condense meaning no clouds form and low rainfall.

The pressure belts caused by the global circulation system cause variations in climate. 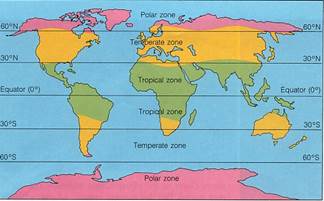