Earthquakes can occur at constructive, destructive and conservative plate margins.

Earthquakes are found at constructive, desctructive and conservative plate boundaries. This means they are found in zones around the world.

Latest earthquakes in the world – past 7 days.

Earthquakes occur at plate boundaries because of the build up of friction that occurs are plates try to move past each other and get stuck.

plates are pushing together

Features of an earthquake

Focus: the point inside the crust where the pressure is released

Epicentre: the point on the Earth’s surface directly above the focus

Seismic waves: the energy released by the earthquake travels in waves 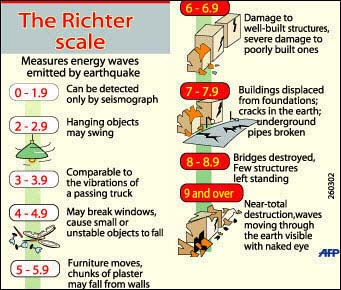