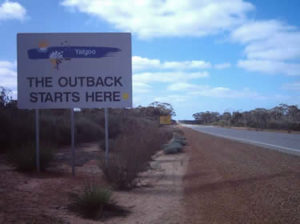 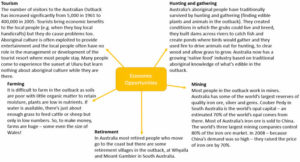 Farming – farming in the outback is very challenging because of the lack of water. Farmers there have two main water sources:

Although farmers can currently meet the challenges of the harsh environment, recent droughts in Australia have put pressure on the land and water supplies. This has led people to question whether both water and land are being used sustainably.

Tourism – the new Uluru Aboriginal Cultural Centre educates people about aboriginal culture and history. Aboriginal guides also lead outback walks to inform visitors about bush food, as well as the significance of Uluru as a sacred site and other cultural subjects. The new Cultural Centre provides economic as well as cultural benefits. The income from the admission fees goes to the Anangu community. Today over 30 aboriginal people work in the park, and the park’s management is dominated by aboriginal owners. 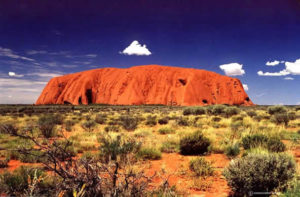 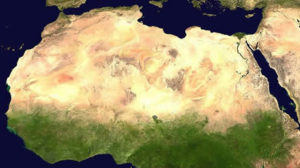 There are believed to be large oil and gas reserves underneath the Sahara Desert however, they are difficult to find and extract. For Algeria, though, oil and gas are an important source of income for the country (half its total income).

Drilling for oil at the Hassi Messaoud oilfield isn’t easy as: 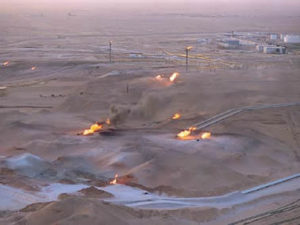 Using fossil fuels like oil and gas is not sustainable so Algeria is beginning to prepare for a future without them. Work has begun on constructing the country’s first solar power plant. They aim to cover large areas of the desert with solar panels to then export the solar power to Eueope through cables below the Mediterranean Sea. 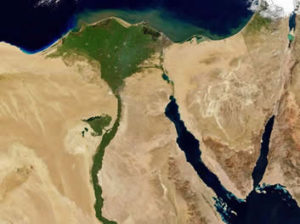 Egypt is hot and dry. It also has a soaring population (increased from 20 million to 79 million in the last 25 years) and is expected to continue growing rapidly. Most Egyptians live in the heavily irrigated Nile Valley. The irrigated land means that farmers can grown food, both to feed Egypt’s growing population and for export (13% of Egypt’s GDP comes from agriculture and employs 32% of the labour force).

However, Egypt’s irrigated land is increasingly suffering from salinity. Irrigation water contains mineral salts. When the water evaporates from the surface of the soil, the salt crystals are left behind. Most plants then die, and the land that irrgiation was meant to improve is destroyed.

Because Egypt’s farmland is increasingly being lost to urbanisation, wind-blown sand and salinity, the Eygptian government has begun a scheme to irrigate more land away from the Nile Valley. The Toshka Project will cost $70 billion and will use pumps and canals to transfer water from Lake Nasser into the Western Desert. It aims to: 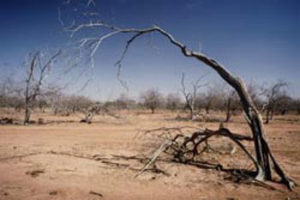 The Sahel is a belt of land south of the Sahara. It is under intense pressure and in some places the quality of the land has declined so much that it’s turned into desert. This process is called desertification. The main causes are:

There are ways in which desertication can be stopped and even reversed. The following strategies have been successfully implemented in the Sahel:

Reducing the number of farm animals This stops overgrazing and allows the protective vegetation to grow back. Growing crops as well as keeping animals The animal manure is used to fertilise the soil and help the crops to grow Planting more trees This protects the soil from wind and rain. The tree roots help to hold the soil together  and prevent erosion Building earth dams These collect and store water in the wet season. The stored water is then used to irrigate crops in the dry season.