Temperate deciduous woodlands are used for a variety of reasons. They provide examples of successful, sustainable management. 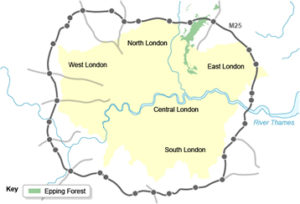 Epping Forest is mostly ancient temperate deciduous woodland but it also includes areas of grassland and wetlands. The woodland mostly consists of beech trees but it also contains oak and hornbeam. The soils in the forest vary, depending on the rock below. The vegetation that grows on the surface depends on the soil below. Epping Forest is located north-east of London and covers an area of about 2,500ha and is about 19km long and 4km wide. It is the largest area of public open space near London.

How is Epping Forest being managed? 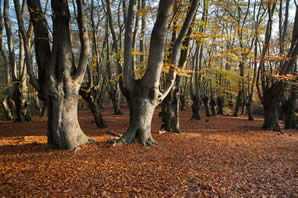 Pollarding: this involves cutting off trees at about shoulder height to encourage new growth. Pollarding trees reshoot at this height, thereby providing new wood for future cutting (to provide firewood and wood for building). This is sustainable because it ensures a supply of wood for future generations. It also means that ancient trees have survived because instead of being felled for timber, they were pollarded. This type of management has been in place since Norman times and has ensured the survival of the forest.

In 1878, as a response to local landowners attempting to buy parts of the forest, an Act of Parliament was passed which stated ‘the Conservators shall at all times keep Epping Forest unenclosed and unbuilt on as an open space for the recreation and enjoyment of the people’. Since then the forest has been managed by the City of London Corporation.

Site of Special Scientific Interest: over 1,600ha of the forest has been designated a SSSI. These are places which are important because of their plants and animals, or the geology and geography of the area and are subsequently protected. Areas of the forest have also been designated as an European Special Area of Conservation. These are areas which have been given protection by the EU. It involves increased protection for wild animals, plants and habitats and are an important part of global effort to conserve the world’s species. 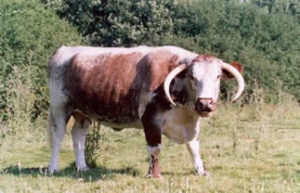 Grazing: in the past commoners (people who lived in a forest parish and owned at least half an acre of land) had the right to graze their animals in Epping Forest. Grazing like this allows certain plant speices to thrive. In turn, many plant insects rely on those plants for their survival. Grazing continued into the 20th century but the number of cows decreased because of changing farming methods and the BSE scare. By 1996 there was no cows grazing on the land. In 2002 a small number of cattle were reintroduced to a small area of heathland in the forest. The herd has now grown to 50 cows.

The City of London Corporation produces management plans to ensure that the forest continues to provide open space for the public while conserving the natural environment. Planning measures adopted include the following: