An ecosystem is made up of plants and animals and the physical factors affecting them (climate and soil). These different parts interrelate and depend upon each other. There is a balance between the different parts.

What is an ecosystem? 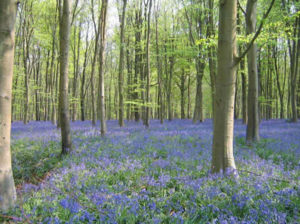 An ecosystem is a living community of plants (flora) and animals (fauna), which is linked to the natural environment where they live. Each element in the system depends upon and influences others. They are interrelated. There are often complex relationships between the living (biotic) and non-living (abiotic) components. Abiotic components include the climate (primarily temperature and rainfall), soil, water and light.

How do ecosystems work?

Every ecosystem works in the same way: 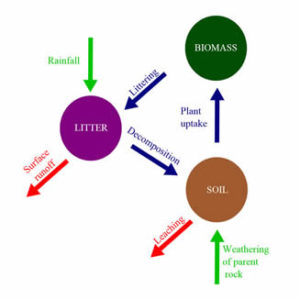 The nutrient cycle shows how nutrients continually circulate within ecosystems.

Changes to the ecosystem

Different parts of an ecosystem depend on each other, and there’s a fine balance between them. A change in one part of the ecosystem will affect other parts and upset the balance. Ecosystems around the world are facing changes including: