What factors make it difficult for countries to break out of poverty? 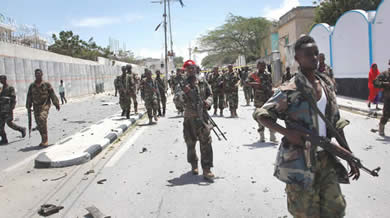 Trade: trade is the exchange of goods and services between countries and is essential for the country to make money. If a country does not trade it will not earn money to spend on improving levels of development. In order to break out of poverty a nation needs an income and this will involve importing goods that are needed whilst exporting goods and services to be sold abroad. The balance of trade needs to be positive (i.e. a country needs to earn more from its exports than it spends on its imports). But in reality, trade is often unfair, with richer countries and TNCs taking a higher profit that LIDCs e.g. in a clothing TNC the majority of the profit stays in the AC where the headquarters of the company are whilst the EDCs and LIDCs which provide the materials and the labour receive less. Nations can become dependent upon TNCs and their investment which means local industry doesn’t develop and workers can be exploited.

Debt: very poor countries borrow money from other countries and organisations, this money has to be paid back (usually with interest). Any money a country makes is used to pay back the loan rather than help the country develop. This borrowing comes at a cost and interest rates are high. Some nations will never be able to repay their debt and have to keep borrowing from others in order to make payments. Debt causes dependency where nations are trapped in a spiral of decline. There are suggestions that ‘third world debt’ should be cancelled to allow LIDCs to invest in education and healthcare and subsequently be able to develop.