How can we measure development?

Wealth is one of the main development indicators used to measure a country’s development. The two most common indicators of wealth are:

Developed countries are often those with advanced industries and services that create jobs and wealth compared with poorer countries which often have a higher percentage of people working in agriculture. People in wealthier countries often have a better quality of life because the wealth can be used for things such as healthcare and education. Therefore, wealth can be a good way to measure development however, it does have some drawbacks:

GDP and GNI are economic indicators so don’t give a clear picture of people’s personal living standards They do not tell us how much people earn or how much that buys. Nor do they tell us how educated people are or the cultural quality of their lives. Social indicators (eg. population change, education and health) can also be used to measure development. 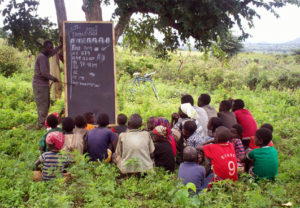 Birth rate (the number of live births per 1000 people) – this indicates the availability of contraception, access to healthcare and the level of health education within a country. Richer countries tend to have lower birth rates. Birth rate is an excellent measure of development. In rich industrialising countries women achieve higher levels of education and career prospects. As a result they put off having children and the birth rate drops.

Death rate (the number of deaths per 1000 people) – this indicates the quality of healthcare and standard of living within a country. Death rate is a poor indicator of development. Almost every country have low death rates today. The MEDCs tend to have higher death rates becayse when birth rates fall, there are fewer young people. Improved healthcare allows most people to live longer. Death rates then increase because there are so many elderly people.

Infant mortality (the number of babies under 12 months dying per 1000 live births) – this indicates the quality of healthcare and standard of living within a country. Richer countries tend to have low infant mortality rates.

Literacy rate (the % of people who can read and write) – this indicates the quality of education within a country. Richer countries have higher literacy rates.

Life expectancy (the average age people live to in a country) – this indicates the quality of healthcare within a country and how well they can cope with disease.

Development can be measured in different ways. It is easy to compare two countries using one indicator (e.g. GNI per capita) but it doesn’t provide a complete picture of overall development. Therefore, usually more than one indicator is usually used to get a more accurate picture of how developed a country is.

Human Development Index (HDI), this was devised by the United Nations and uses four indicators:

Each indicator is given a score, and the HDI is the average of the four scores. 1.000 is the best score, and 0.000 is the worst. Countries are put in order from 1 to 169 according to their overall scores. The top three coutnries are Norway, Australia and New Zealand; the worst three are Zimbabwe, Democratic Republic of Congo and Niger. The UN uses HDI because, by linking education and health, it shows how far people are benefitting from a country’s economic growth.