How has aid influenced Ethiopia’s development?

Ethiopia has benefited from international development support through aid and debt relief. 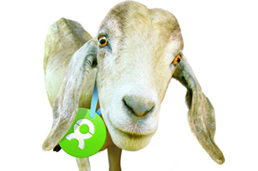 Five million people receive food aid each year. Charities such as Oxfam, Farm Africa and Mission Aviation Fellowship (MAF) have been active in Ethiopia over the last 30 years. For example, Oxfam and Farm Africa have operated ‘goat aid’ projects. This is a particularly sustainable form of aid which is targeted at young women. By supporting young women they can receive an education, income and status which reduces the chance of potential issues such as early/forced marriage, prostituion, disease and poverty. This, in turn, improves development.

In 2006 Ethiopia benefitted from debt relief. In 1995, the economy was in debt by 155% ($10 billion). By 2012, as a result of debt relief, the debt had declined to 21% ($7 billion). These debt payment savings has meant that the government can invest more money in local services, improving people’s standard of living and ability to make money. However, Ethiopia still does depend on international debt of over $550 million each year.