Dorsert is located on the southern coast of the UK. It is called the Jurassic Coast as it has lots of fossils dating back to the Jurassic period. 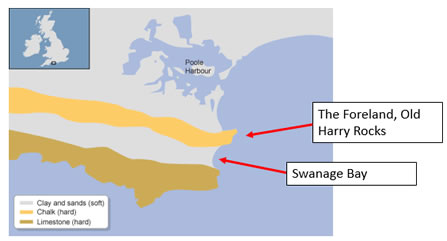 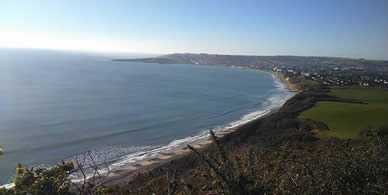 Swanage Bay: the cliffs backing Swanage Bay are made of clay, which is a soft rock. Towards the northern end of the bay the cliffs are covered in vegetation, stablising them and protecting them from erosion. Elsewhere, the cliffs are not covered by vegetation, so wet weather weakens them causing slumps. Longshore drift affects the bay carrying material (mainly gravel) from the south to the north of the beach. Erosion is the dominant process in the bay with the beach losing material year on year. 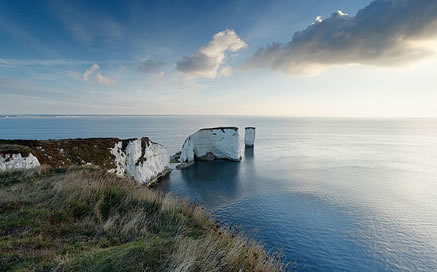 The Foreland, Old Harry and his Wife: in between the two bays (Studland and Swanage Bays) is a headland named the Foreland. This is made of chalk which is a harder rock. An arch at the end of the headland has collpased to form a stack called Old Harry and a stump called Old Harry’s Wife. Chemical weathering and erosion are gradually wearing down these down. Biological weathering caused by the vegetation on the top of the headland is also breaking up the rock. 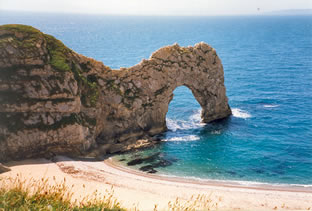 Durdledoor: this is an arch which has formed on a hard limestone headland. It is unusual as it has formed parallel to the coastline. Erosion by waves opened up a crack in the headland, which then became a cave and eventually an arch. The arch is gradually being worn away by mechanical, chemical and biological weathering. 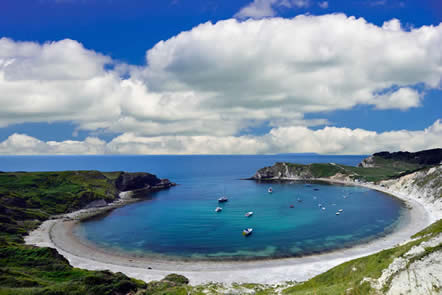 Lulworth Cove: this is a cove formed when a gap was eroded in a band of limestone. Behind the limestone is a layer of clay which is softer so more easily eroded. The limestone cliffs forming the back wall of the cove are vulnerable to mass movement and sometimes experience small slides and slumps. 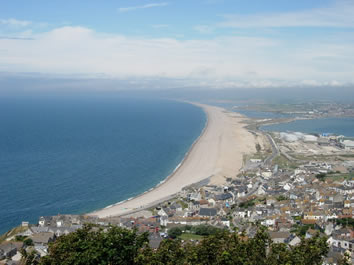 Chesil Beach: this is a tombolo (spit which connects mainland to an island). It connects the Isle of Portland to the mainland. It has been created by longshore drift. Behind Chesil Beach is a lagoon called The Fleet Lagoon.

How do climate and geolgy influence geomorphic processes? 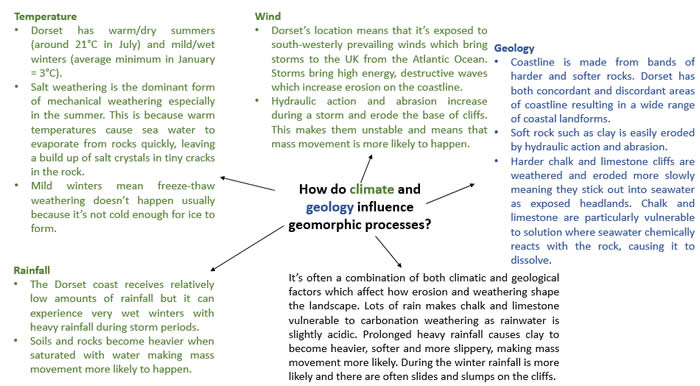 How is human activity, including mangement, working in combination with geomorphic processes to shape the landscape?

As areas of the Dorset coast are being eroded, properities and infrastructure are at risk. There is also a risk for people from landslides and rockfalls. Coastal management strategies are being used along the Dorset coastline to prevent erosion in some areas but they have impacted the landscape and caused changes to the natural environment. 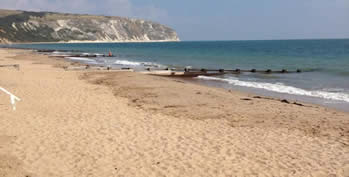 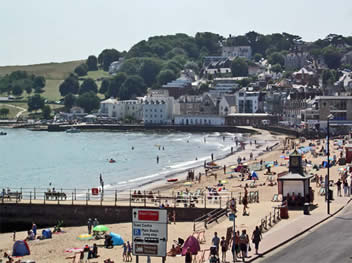 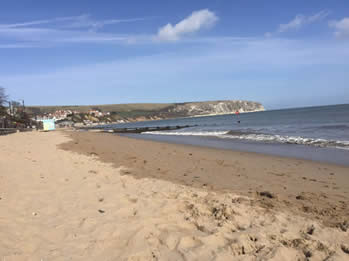 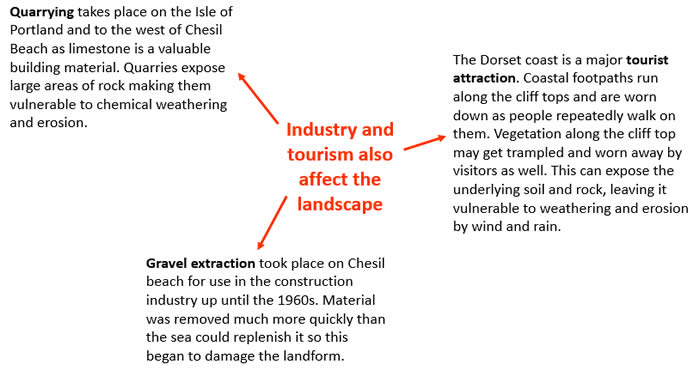