How are coastal landforms created? 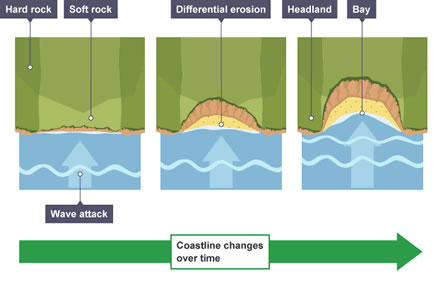 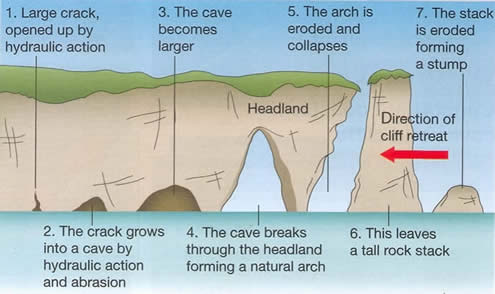 Formation of a spit video

Spits from where there is a sharp change in the direction of the coastline e.g. at a river estuary.

Longshore drift transports material along the coastline and past the bend. Then deposits it in the sea as the waves loose energy in the deeper water.

This process repeats and the spit gets bigger over time.

Changes in the direction of the wind can cause the spit to become curved at the end (a hook).

The spit won’t grow across the whole river estuary due to the river current flowing out into the sea.

Behind the spit a saltmarsh is created as the area is protected from the waves and plants start to grow there.